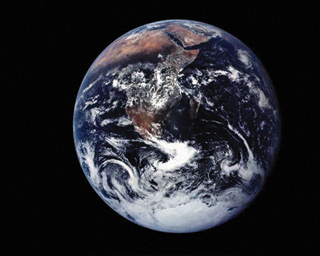 The din surrounding the climate change issue is up and down about as much as the weather itself. Some days the volume is cranked way up, with hundreds of thousands storming the streets of New York City to demand government intervention.

Other days things seem relatively calm. Now that we’re back in a high-volume period, it seems everyone from climate change extremists to business leaders has an answer for how to respond to potential increases in extreme weather.

In spite of what some activists would have us all believe, this issue is still cloaked in uncertainty. Dr. Steven Koonin, former undersecretary for science in the Department of Energy under the Obama administration, illustrated this point in a recent Wall Street Journal op-ed, appropriately titled “Climate Science Is Not Settled.” According to Koonin, “The crucial scientific question for policy isn’t whether the climate is changing. That is a settled matter: The climate has always changed and always will.” But, he calls the claim that climate science is settled “misguided.” He notes, for example, how climate models have failed to catch the fact that the rise in global temperatures has slowed considerably over the last 16 years, even though human carbon dioxide output has risen by 25 percent. Those same models describe the shrinking of Arctic sea ice, but fail to explain the growth and now record levels of Antarctic sea ice.

Although many questions still cloud the topic of climate change, what’s certain is agriculture’s ability to respond and adapt to an ever-changing climate. Anyone who spends literally every day working outside – just as farmers and ranchers do – understands that weather is constantly changing. Some changes are simply short-term, but at times, long-term changes come and substantially alter the way things have always been done.

We see a good example of long-term change in the crop mix farmers are now planting in the upper Midwest. Twenty years ago planting soybeans and corn in North Dakota was a risk, but today, it is pretty much business as usual, thanks in large part to a shift in the region’s weather. North Dakota’s assistant state climatologist, Daryl Ritchison, told NPR that average rainfall has been two to three inches greater in the past two decades. This shift in planting isn’t all weather-related, however. It’s also due in part to different varieties of corn and soybean that have been developed to take advantage of shorter growing seasons. This technology just wasn’t available twenty years ago.

Farmers and ranchers take the climate they are given and adapt: it’s what agriculture has always done and always will do. What farmers did yesterday may not work for them tomorrow, so around the country, they continue to discuss ways to meet the changing needs of their local climates. More farmers are investigating drought-tolerant seed, while others are considering shifting their crop mix to adapt to declining rainfall. In other parts of the country from the Southeast to California, the conversation has focused on improving local water storage systems.

Whether a given day brings excessive flooding or withering drought, farmers and ranchers rise to meet the challenges of the weather. We have no doubt that we will continue to adapt to a changing climate. Farm Bureau believes that there are tools and solutions that will make combating inclement weather less challenging without hindering our productivity or harming the U.S. economy. Working together will help ensure that farmers and livestock producers are ready to meet the food demands of a global population expected to exceed 9 billion in 2050.

Bob Young is chief economist and director of the budget and economic analysis team at the American Farm Bureau Federation.